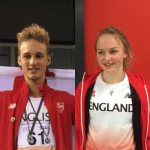 Both Anya and Jack started their sporting success at St Peter’s. Anya was the first St Peter’s year 8 to ever get to the English Schools National Championships. She qualified for high jump. Whilst she didn’t podium there, she was ranked as the UK no1 U13 high jumper. Her sporting career continued as she qualified every year for the national championships for track and field in sprint hurdles, 300m hurdles and high jump as well as the combined events championships (heptathlon). The 7 events are 100m hurdles, long jump, high jump, shot put, javelin, 200m and 800m. She became one of the top 10 heptathletes in the country and kept that position year after year. In 2014 Anya made the England U17 team and attended the international indoor pentathlon where her performances led to England getting the gold. Then came some bad times. A change 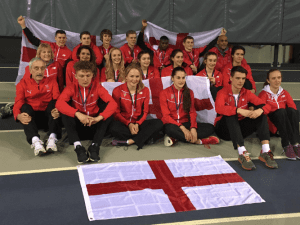 in coach for a year along with a very bad knee injury in 2016 which resulted in no podium placing for 2 years. However, Anya continued to pick herself up and train harder and recover fully. Last year, 2017 saw her get Bronze in the England championships for heptathlon and bronze again for the English Schools combined events championships. These results saw her achieve a full sporting scholarship award to 2 different universities in America. She has chosen the one she wants to attend and will continue her athlete student development in Colorado, America, over the next 4 years. 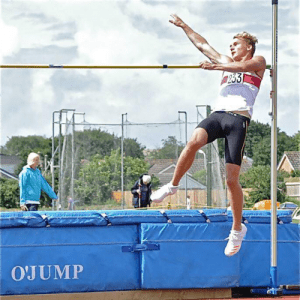 Jack has had a steady improvement in his athletic career so far as well. He qualified for English Schools track and field championships and the combined events champs in year 10 and every year thereafter. In 2017 he won silver at the England champs in high jump as well as making the finals for the hurdles where he came a healthy 5th alongside some very tough competition. Being a multi-eventer it’s hard to race against single eventers who only ever train for that one event and not 8-10! Later that year saw Jack become SW champion in the octathlon and then national champion at the finals. His performances ranked him No.1 in England and No.2 in the UK. He also made the England u17 team which gave him an international title following in his sister’s footsteps. At the indoor pentathlon that year Jack got silver for his individual performance as well as 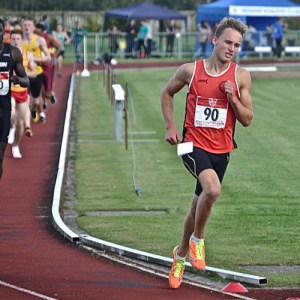 the England u17 team getting silver. Jack is now in the U20’s age group where he has to do decathlon (100m sprint, 110m hurdles, high jump, long jump, javelin, discus, shot put, pole vault, 400m and 1500m) so he is concentrating hard on training for pole vault, new weights for throws and heights for hurdles. He has been picked up by the England lead development coach for speed and hurdles and now trains with him and some of our Team GB Olympic athletes, David King, Emily Diamond and Eilidh Doyle. Exciting times ahead.