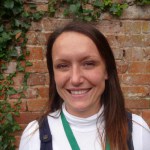 At the age of 16 and much to my parents’ dismay, I packed my belongings and embarked on a 17-year ‘adventure’ within the British Army. The Royal Corps of Signals kick-started my Army career and I found myself living in Germany, Holland, Dorset and Afghanistan. My love of sport and exercise then led me to the second phase of my Army career – The Royal Army Physical Training Corps. I spent the majority of my time employed as an Exercise Rehabilitation Instructor, including administering exercise therapy to complex trauma patients at the Defence Medical Rehabilitation Centre at Headley Court.

My experiences in the Army have shaped me into the person I am today and I pride myself on the values that I have become accustomed to. From trekking in Nepal to Rock Climbing in Italy, I have always jumped at every opportunity that has come my way. These opportunities led to me gaining a first class honours degree in sport and exercise science and being selected for the Great British Development Squad in Biathlon (Skiing and shooting).

My third operational tour to Afghanistan saw me mentoring male and female soldiers at the Afghanistan National Army Officer Academy. I was subsequently awarded the ‘Queen’s Commendation for Valuable Service’ for my part in challenging mindsets in a highly culturally sensitive environment. It was my experiences of teaching and mentoring that made me evaluate my career, leave the Army and complete a PGCE.

Rather than completing a PGCE in PE, which would have been the obvious path, I decided to challenge myself and complete the Primary Education programme. I spent a year here at St Peter’s, ensuring I was making the right decision and was then awarded a place on the School Direct Programme at Broadclyst Primary School – 2016-17. This programme allowed me to train on the job as a Year 5 teacher and complete a PGCE through Exeter University.

I was completely honoured to be asked to come back to St Peter’s to complete my NQT year. I was totally blown over by the school’s ethos; the children’s confidence and willingness to learn and the sense of community. I feel proud to say that I am a teacher at St Peter’s.

My husband Chris (a Royal Marine) and my two dogs (Mansel and Hugo) now live at the school and look after the boarding house. My role at St Peter’s is completely varied, which suits me perfectly. Alongside being a Boarding House Parent, I also teach Year 2 and girls’ games.