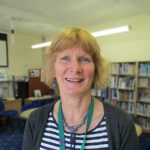 Career so far
I have been in teaching for over thirty years and have worked in both the state and private sectors in addition to many other educational provisions.

My career has been rather mixed due to my military connections. I taught in the army for 8 years and then I “followed the flag” doing a variety of teaching jobs in a variety of locations part time whilst my sons were small. These included teaching English to Gurkha wives, a “bridge” course for adults with learning difficulties, teaching English to Siemens’ engineers in Germany and teaching basic literacy and numeracy in a school for street girls in Ghana in addition to many other jobs.

When we eventually settled in Somerset I taught English for 8 years at Downside school, within its junior and senior schools. I also worked as an assistant house mistress and helped to run the CCF, which mostly seemed to involve getting wet on the Mendips! I was briefly Head of English at St Margaret’s school in Exeter as the school sadly closed the year I was there. However, we did manage to revive the CCF that year and Mrs Lowles and I spent numerous muddy afternoons on Woodbury common.

I returned to Somerset and Millfield school for 3 years where I trained to teach pupils with specific learning difficulties (Dyslexia) and spent time on Dartmoor, in the Lake District and the Brecon Beacons with the DofE teams. I also worked within one of the boarding houses as a tutor.

In 2016 I was lucky enough to be able to move to Devon and work at St Peter’s prep school in the Learning Success department and this year I am also teaching Y7 & 8 English, which is exciting as the BACC programme means that the English syllabus is wide-ranging and interesting. I can often be seen pedaling my way to work along the beautiful Exe river cycle path and it is a pleasure to be able to cycle to work safely.