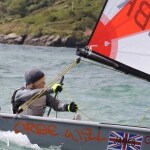 Profile
William is currently in Year 6 and was awarded Third Boy at the RS Tera World Championships in France last month.

He was one of the youngest competitors in this sailing competition of 104 top junior sailors from seven nations. He also won the Royal Torbay Regatta last weekend in his RS Tera named Free Will!

Some of William’s notable sporting achievements to date:

Ms Rachel Elliott, Registrar & Marketing Manager of St Peter’s Preparatory School, comments: “We wish William the best of luck in his next sailing competition which is the RS Tera National Championships at the 2012 Olympic Sailing venue at Weymouth and many congratulations on his successes so far.”