Remembrance Day sees us remember the sacrifices of members of the armed forces and civilians in times of war, specifically the First World War. It was on 11 November 1918 that the peace treaty to end the four year conflict was signed .  The first formal service of remembrance was held in November 1919, at the request of King George V and this year we mark 100 years since the unveiling of the Cenotaph, in London. 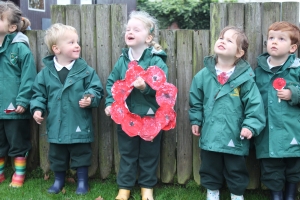 Florence T with her poppy wreath, whilst Rosie P spots the Marine helicopter passing by overhead.

On Wednesday 11 November 2020, St Peter’s held a different sort of remembrance service. We gathered, socially distanced, on the Abram field with the wind blowing strong and cold. Poppies in hands or pinned onto blazers.  Several children empathised with how cold the soldiers would have been all those years ago.

We had a roll of honour read beautifully by Mrs Johnston, remembering the fallen soldiers who had been students at St Peter’s.  We remember with thanksgiving and sorrow those whose lives have been taken away in world wars and conflicts past and present.    Let us remember them and especially the 18 pupils from St Peter’s who gave their lives in the service of their country:

We heard Bertie K play the Last Post and Reveille. Reveille signals the start of a soldier’s day, the Last Post signals its end. It was most poignant, especially as a Royal Marine Merlin helicopter thundered overhead. It was a goosepimple moment. 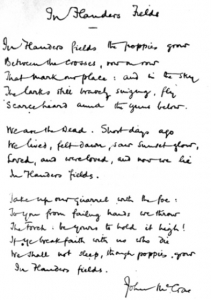 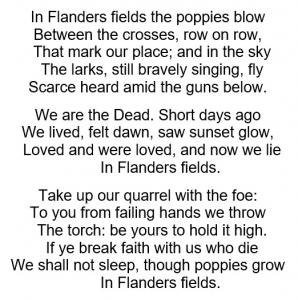 We heard silence for 2 minutes, just birds and our thoughts could be heard.

We would like to say our thanks to all the pupils who took their time to remember the sacrifices given and, of course, to the staff involved in the planning, preparation and delivery of this Service. Dr Evans, you really created a very special event safely and yet still together. We remembered.

The early morning Remembrance Service can be seen here. 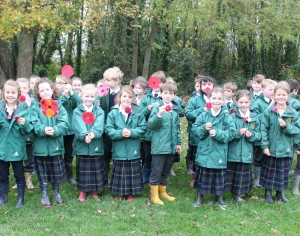 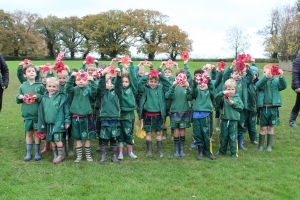 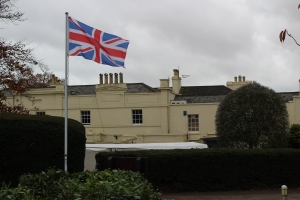 I leave you with Joshua 1:9

Have I not commanded you? Be strong and courageous. Do not be frightened, and do not be dismayed, for the Lord your God is with you wherever you go.