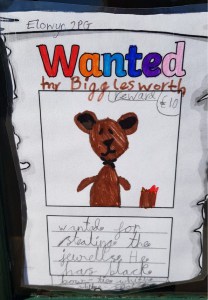 This week we have been celebrating literature and language at St Peter’s. The whole school has been searching to find the elusive Mr Bigglesworth (who it was discovered had stolen a stone from the tomb of Tutankhamen) and Detective Von Clue, whose trunk was mysteriously dropped at St Peter’s last week. Looking inside the trunk we found lots of evidence, which was shared out among the year groups with everyone from Reception to Year 8 trying to solve their pieces of the puzzle before the big reveal in Friday’s assembly that St Peter’s had been harbouring the fugitive bear in our very own adventure playground!

We also have had interactive and kinaesthetic story time in the Early Years with the Gruffalo and Gruffalo treasure trail for the lower years.

European Day of Languages was celebrated on Wednesday and Madame Evans has been conducting her own mystery in Years 7-8 and the pupils have been given the chance to investigate the history of a WW1 and WW2 veteran colonel as well as some murder mystery work in French for Years 5-6.

Whereas, in the lower school pupils have been hunting for cartoon characters and finding where (or if) their language links to their country.

There has been lots of Buddy Reading taking place in school this week with all pupils having the opportunity to read and share stories with pupils of other year groups. A resounding success. Thank you to all of the staff and pupils involved! 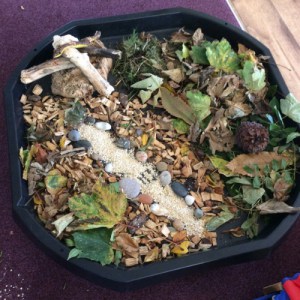