Two former St Peter’s private school, Devon pupils are making considerable progress in their sporting careers and could well be players to keep an eye on in the months, if not years to come.

During his time at St Peter’s, Michael played for his local team, West Hill Wasps under-11s. Later continuing his education at Plymouth College, he progressed through Plymouth Argyle’s ‘Centre Of Excellence’ in Exeter before enrolling in the club’s academy in 2009 at the age of 11.

Recently, a spate of injuries amongst the Pilgrims team has resulted in Michael spending considerable time on the substitutes bench. The side effect of this being that it could increase Michael’s chances of earning a professional contract at the end of the season.

Mr Wilmot also says,”I think the exposure he’s getting with the first team squad at the moment, doing the warm-ups before games and obviously with the training sessions, is going to do him no end of good and he’s showing real promise.”

A full report on Michael’s progress is available here on the Plymouth Herald website. 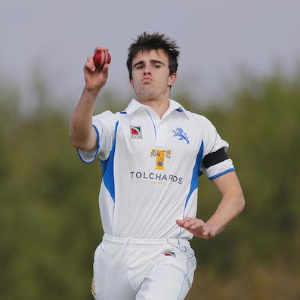 Ben is just entering his second of a three-year deal contract with Somerset, having graduated from the Academy. He also plays for Exeter and Devon when his Somerset commitments allow.

You can read more of Ben’s plans along with an interview here at the Devon Cricket website.